The bodies of dead human beings can tell us a lot about the past, but most human remains from the distant past tend to be rich or important people. A discovery in Basel, Switzerland in 1984 proved an exception to this rule when a number of skeletons were recovered from a forgotten graveyard for the city’s poor. One particular set of bones entranced researchers because of two strange notches found in his front teeth. An exhausting effort to identify the man known only as “Theo the Pipe Smoker” would eventually involve a worldwide search for his relatives, sophisticated DNA analysis, and possibly unearth evidence of a 200-year-old murder.

In this episode of Second Decade, historian Dr. Sean Munger will profile the Theo case, the physical evidence from his bones, the historical questions raised by his discovery, and the possible identities that he might have had. In doing so you’ll get a glimpse of life among Basel’s underclass, a world of bakeries, tanneries, factories and dead-end jobs where disease was rampant and economic survival precarious. You’ll meet the two men who are the most likely candidates for being Theo, who surprisingly died on the same weekend in 1816 but whose life stories are markedly different. We may not be able to reach a full resolution of the mystery of Theo, but the journey is illuminating. 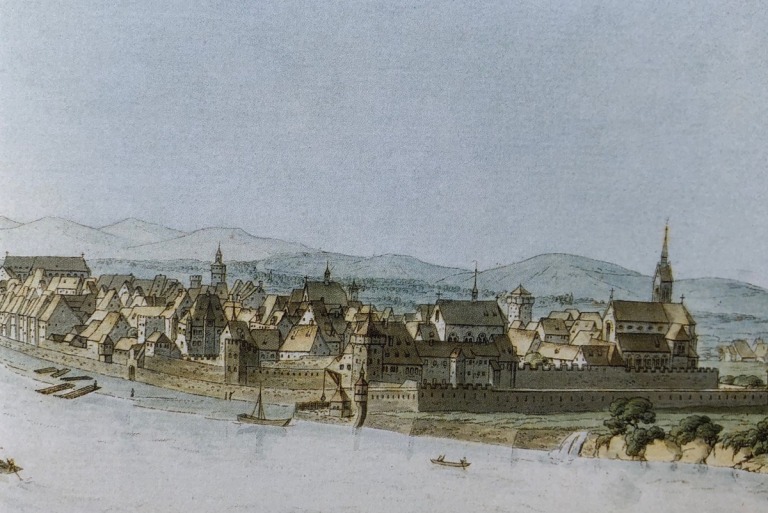 [Above] The neighborhood of Kleinbasel, in Basel, Switzerland, as it appeared in a 1795 illustration. St. Theodor’s Church (Theodorskirche) appears at the far right of the picture.

[Above] Google Earth street view of Theodorskirche, in Kleinbasel, as it appears today. The area of the potter’s field is to the left of the photo, behind the church.

[Above] The spot where Theo’s skeleton was found is marked. Photo by Adrian Michael, Creative Commons 3.0 license. 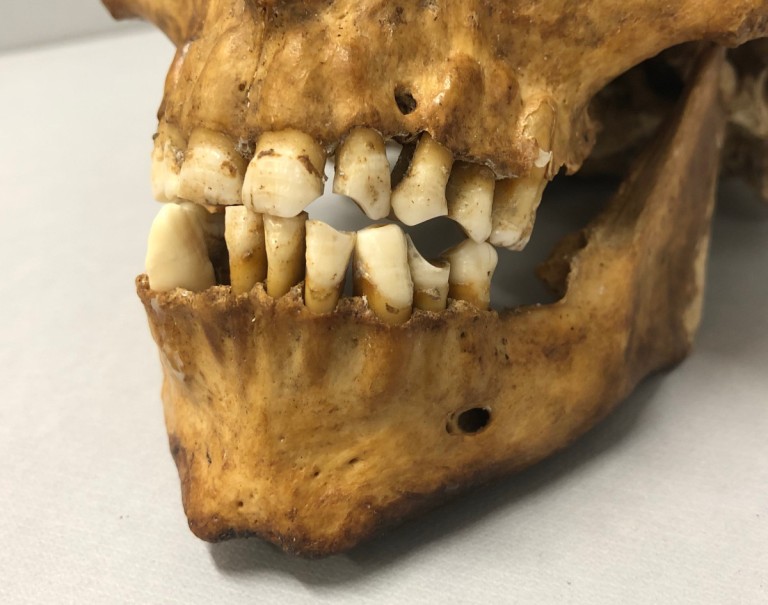 [Above] The skull of Theo the Pipe Smoker, showing the notches on his teeth that were caused by the end of his clay pipe. Photo by Adrian Michael, Creative Commons 3.0 license.

[Above] 21 Rheingasse, Basel, Switzerland, as it appears today (the building with the shutters). This is where the suicide (murder?) of Christian Bender occurred on November 16, 1816. From appearances, the building probably dates from later than 1816, but that’s not certain.

The Der Spiegel article on the Theo the Pipe Smoker case, one of the main sources for this episode (in German).

A profile of the University of Basel research project on Theo, including names of its participants (also in German). 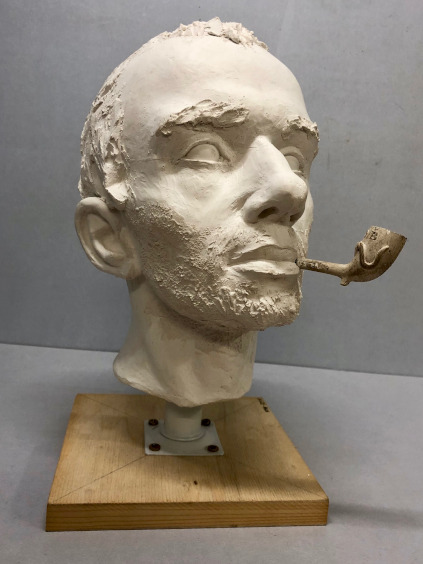 [Above] A forensic reconstruction of what Theo might have looked like in life. Photo by Adrian Michael, Creative Commons 3.0 license.

All images (except Google) are believed to be in the public domain except for those specifically identified as being used under a Creative Commons license, and the Google Maps images.