Nine small islands, called the Isles of Shoals, lie off the coast just over the line between New Hampshire and Maine. One of them, Smuttynose Island, has a mysterious past. Traditional stories going back to the early 19th century, amplified by poetry, folklore and modern tour-guide apocrypha, speak of a Spanish ship called the Sagunto having been wrecked on the shore of Smuttynose Island in January 1813 and fourteen (in some accounts fifteen) of its crew buried on the island by the patriarch who once ruled it. The story of the “Graves of Spanish Sailors” has made it from town records and court documents, through Victorian-era poetry, the mid-20th century tall tales of Edward Rowe Snow, all the way to Google Maps and modern tourist websites. Whether there really are Spanish sailors buried on Smuttynose Island is surprisingly difficult to determine.

In this episode, Dr. Sean Munger again takes on salty New England tall tales, which have surfaced before on this show, to reach a reasonable conclusion about whether there really are 14 Spaniards buried on Smuttynose Island. In addition to former “flying Santa” and coastal historian Edward Rowe Snow, who we tangled with back in Episode 9, you’ll meet the two confusingly-named proprietors of Smuttynose Island during the Second Decade, a histrionic poet who immortalized the story for the benefit of disaster tourists, a Boston abolitionist and doctor whose 1858 “X marks the spot” survey missed a crucial fact about the island’s geography, and the intrepid modern-day archaeologist who set out to science her way to solving the mystery. This is a lighter-hearted episode of Second Decade with some surprising twists.

Note: after this episode, Second Decade will be on hiatus until September 2021.

Link to Samuel Adams Drake’s book Nooks and Corners of New England (on Archive.org), quoted extensively in the episode.

Link to Celia Thaxter’s book Among the Isles of Shoals (on Archive.org), also quoted. 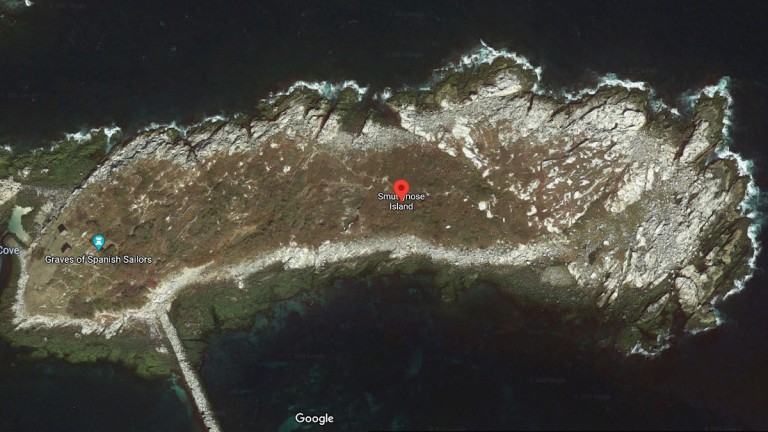 [Above] Smuttynose Island as it appears on Google Maps. The “Graves of Spanish Sailors” site is prominently marked. Samuel Haley (Sr.) is believed to have built the rock wall you see on the left-hand edge of the photo; the other wall stretching to the bottom was constructed later.

[Above] Reviews of the “Graves of Spanish Sailors” on Google. The murder was in 1873 and the killer, Louis Wagner, was not married or related to either of the victims, neither of whom were his children; I am unaware of a subsequent murder in 1899; and the Spanish sailors, if they are on the island, were buried here in the 1810s, not the 1500s.

[Above] Ceila Thaxter, neé Laiton (1835-1894). Most known for poetry in her own time, her book A Memorable Murder, about the 1873 slaying on Smuttynose Island, has been her most well-remembered work since her death. 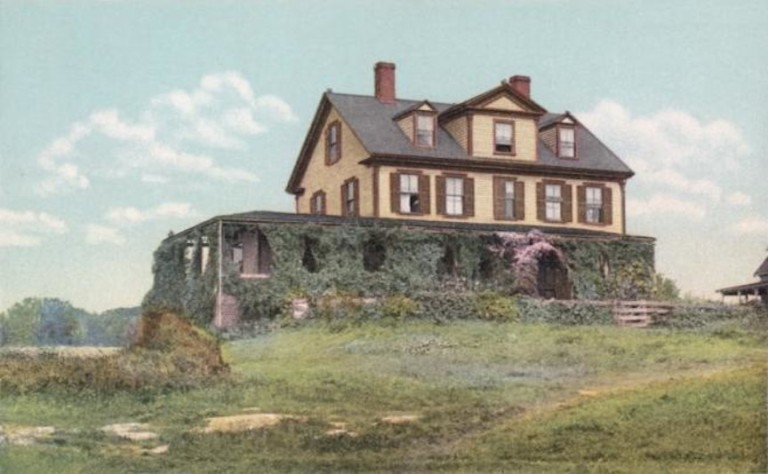 [Above] The cottage where Celia Thaxter lived for much of her life, located on Appledore Island, another of the Isles of Shoals.

[Above] Edward Rowe Snow (1902-1982) was a historian, author, schoolteacher and radio host, who specialized in books collecting and rehashing tall tales of coastal Atlantic history in a series of books from the 1930s to the 1980s. He was best known to non-historians for being the “Flying Santa” who dropped Christmas gifts out of a plane over various New England locations in the mid-20th century. As a historian he leaves something to be desired; his work was also critiqued in Episode 9, “Theodosia,” of this podcast. He did not particularly distinguish himself with the Graves of Spanish Sailors case, but his books remain a lot of fun to read.

Article: “Mystery of the Spanish Sailors’ Graves” by J. Dennis Robinson, 2006, on SeacoastNH.com, a major source for this episode.

Website of the Kittery (ME) Historical & Naval Museum. The museum’s director was kind enough to give me some pointers on where to begin researching this episode.

Grave of Samuel Haley (Sr.) on Findagrave.com. The grave is located on Smuttynose Island and you can see the inscription, quoted in this episode and in nearly every work about the Spanish sailors.

Coastal islands of New England in popular culture, take 1: the trailer for the 2010 film Shutter Island, directed by Martin Scorsese.

Coastal islands of New England in popular culture, take 2: the trailer for Moonrise Kingdom, from 2012, directed by Wes Anderson.

All images are in the public domain, except as indicated.

One thought on “Episode 55: Smuttynose Island”