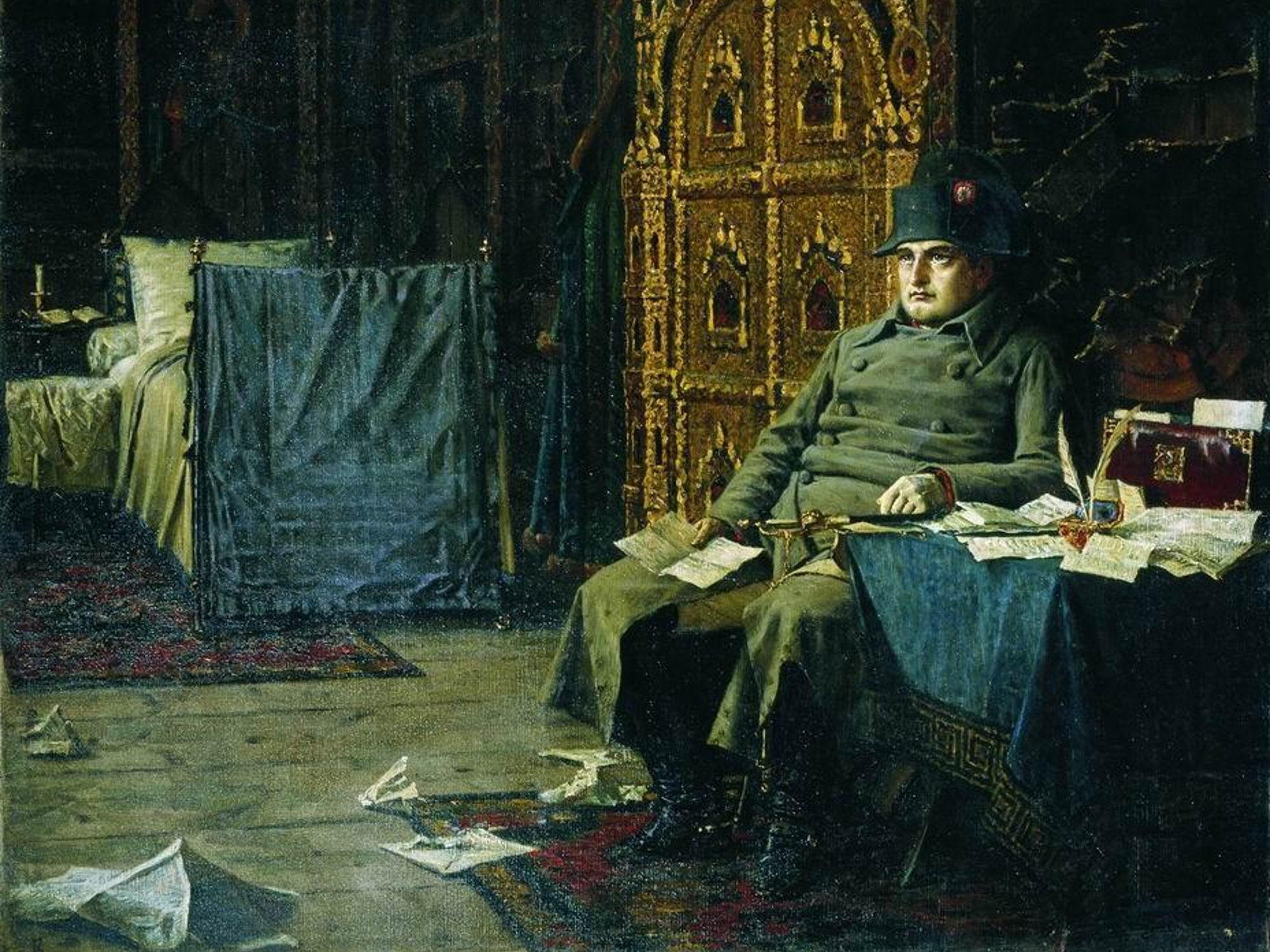 Why did Napoleon, with the largest army the world had ever seen up until that time, lose his war with Russia so badly and so tragically? You may have heard that it’s because he didn’t take the threat of the cold Russian climate seriously enough, and his army froze to death on the retreat from ruined, burnt-out Moscow. This is at best a half-truth. The French Army was already disintegrating even before Napoleon occupied Moscow, and despite the “alternative facts” that Bonaparte desperately spun as to why the retreat was so disastrous, the roots of his ultimate defeat had less to do with ice and snow than it did with Napoleon’s own willful blindness. But even this debate obscures the real story of the 1812 retreat from Moscow and the almost unfathomable suffering it inflicted on the hundreds of thousands of real people—not just soldiers—who lived through it. This episode presents that story, in graphic and sometimes unsettling detail.

Historian Sean Munger tries to cut through the veil of half-truths and misconceptions surrounding the greatest military disaster of the 19th century and get to the real on-the-ground story of what happened. In this episode you’ll definitely encounter a lot of hungry and freezing soldiers, but you’ll also learn what happens when horses have the wrong kind of shoes, how to season horse meat so it tastes less disgusting, and what not to do in –10 degree weather if you want to keep your toes. You’ll also gain a curious insight into Napoleon’s own self-deception, the conflicting stories he told different people about why he lost the Russian campaign, and how he finally sold himself on a lie he evidently continued to believe until the very end of his life—after perhaps as many as a million people paid the ultimate price for his errors of judgment.