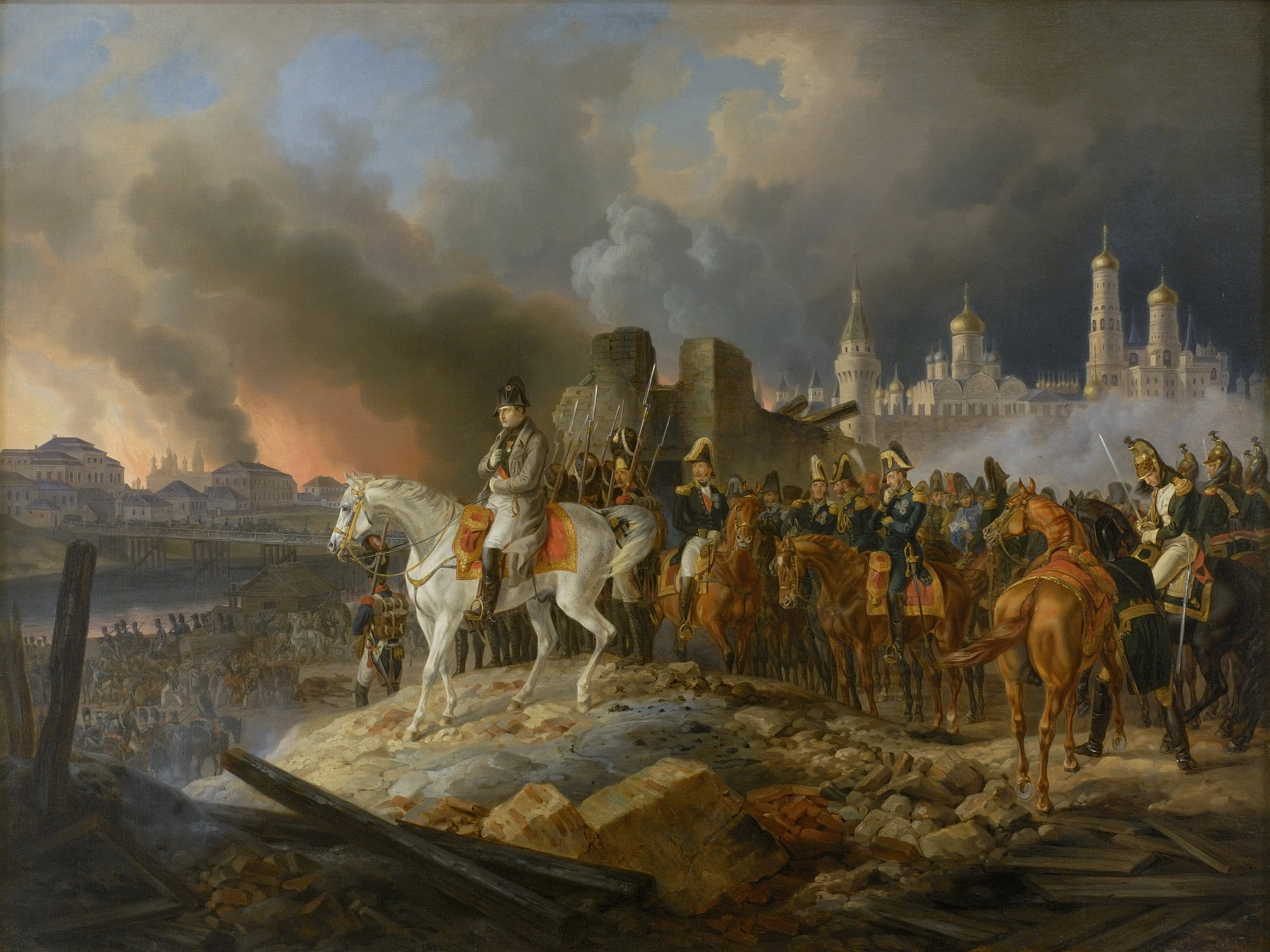 Despite being warned repeatedly—by his enemy, Tsar Alexander, and even by some of his own generals—Napoleon Bonaparte, the self-proclaimed Emperor of France, made one of the costliest and most lethal mistakes in the history of warfare by invading Russia in the summer of 1812. Though it’s usually the harsh Russian winter that’s credited with crushing the French Army, in reality Napoleon and his troops were in deep trouble long before that, from literally the moment they crossed the Niemen River in Poland. It almost didn’t matter that the Russian Army kept retreating and refusing, for the most part, to fight. The half-million men of the Grand Armée had to fight dusty roads, sticky marshes full of mud, freezing rain in June, blazing heat in July, mosquitoes, dysentery, starvation and dehydration without having to worry about tangling with the Russians in battle. When the inevitable clash did finally occur at a town called Borodino, it led to an even more epic disaster: a manmade firestorm that virtually wiped Moscow off the map.

Historian Sean Munger seeks to dispel the myths and misconceptions of Napoleon’s Russian boondoggle, and to get inside the heads of the people who made it happen. In this episode you’ll learn about the man who burned down Moscow (and why he did it), how Napoleon’s badly-timed cold and bladder infection affected the course of world history, and you’ll learn just how desperate a man has to be to willingly drink horse urine. You may have heard the story of the French invasion of Russia before, but you’ve probably never heard it told quite like this.

One thought on “Episode 11: Napoleon in Russia, Part II”