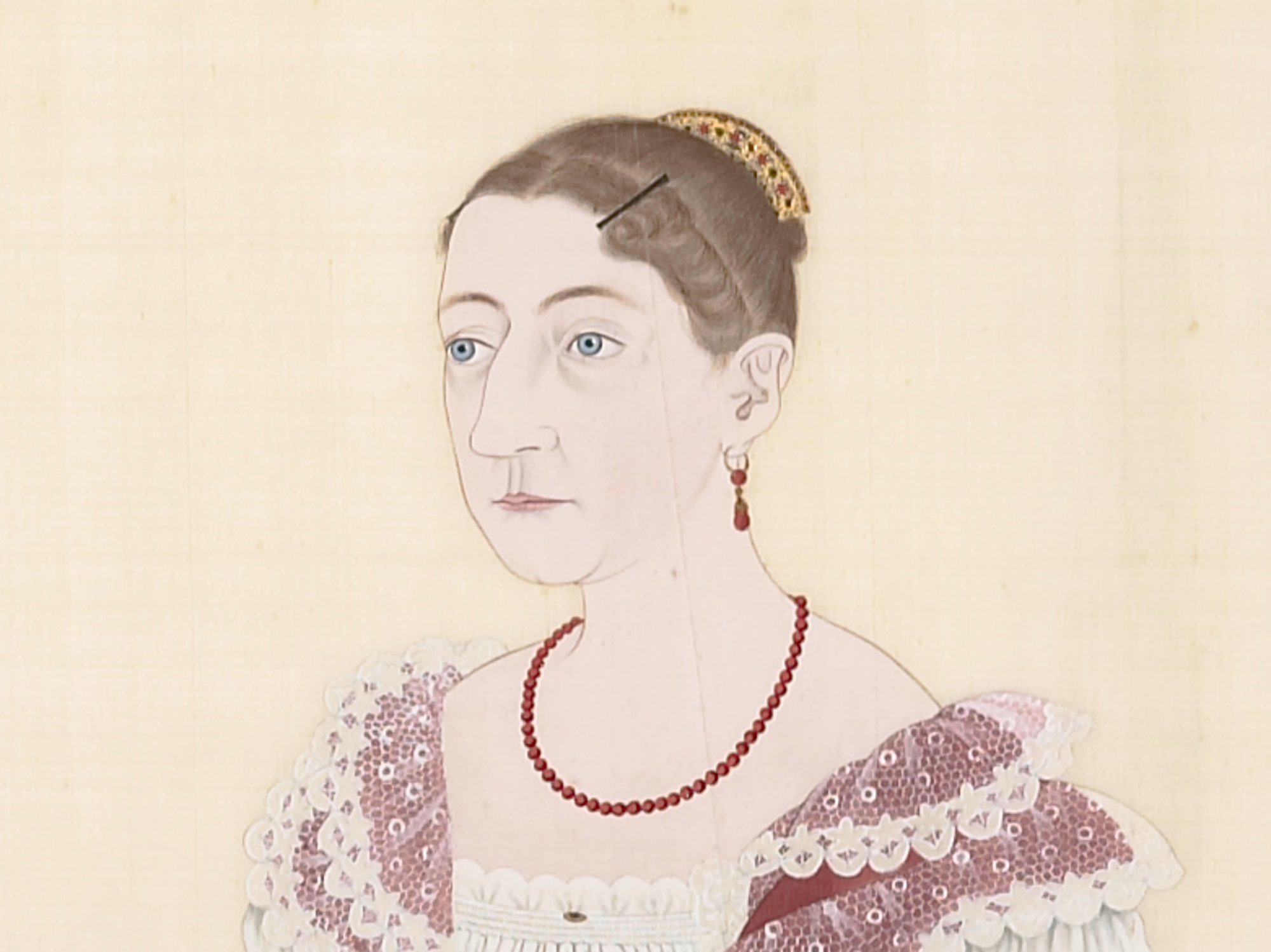 In the Second Decade, Japan was the most exotic, unknown and isolated country in the world. Since the early 17th century the Tokugawa Shoguns had deliberately closed the country to trade and cultural exchange with the rest of the globe, wanting especially to avoid the religious influences of European countries. Japan’s only outlet to Western trade was a trading post on a tiny island in Nagasaki harbor. In 1817, in the wake of the Napoleonic Wars, Holland sent a new director-general to Nagasaki, who did a daring thing that had never been done before: he brought his family with him. This was how Titia Bergsma Blomhoff, a frail woman in ill health with a young baby clinging to her, wound up in Japan, together with her nurse, Petronella Munts. Their presence triggered a diplomatic incident and perhaps hammered a crack in Japan’s façade of isolation that was to break wide open later in the 19th century.

In this episode, Dr. Sean Munger explains who Titia Bergsma was, how she came to be married to Holland’s informal envoy to Japan, and he’ll narrate the strange turn of events that saw her arrive at Deshima Island, in Nagasaki harbor, in August 1817. You’ll learn how and why the Shoguns feared and loathed Westerners (especially Western women), what happened when Titia dared to challenge one of feudal Japan’s most sacred and tightly-enforced laws, and how her story would have been mostly lost to history except for the efforts of two contemporary Japanese artists as well as her long-lost descendant who revived her memory in this century, the 21st. This is the story of a collision of cultures, neither of which fully understood one another, and you’ll come to understand just how big the world was in 1817 and how alien certain parts of it were to each other.

Correction: at the beginning of this episode I refer to Titia Bergsma being 29 in 1817; actually she was 31.

Link to my World War II class (referenced in the podcast) 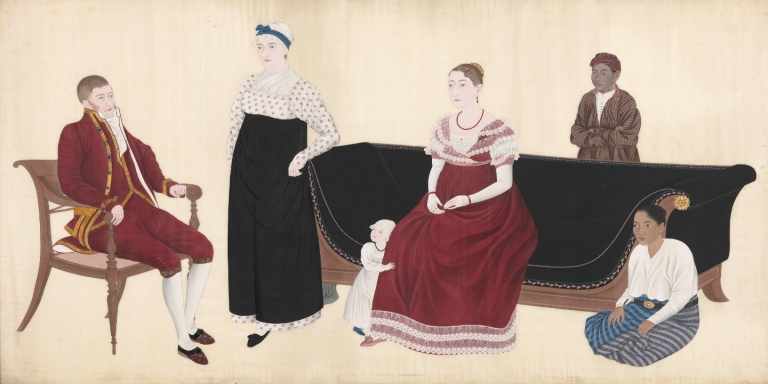 (Above) Family portrait of the Blomhoffs, credited to Yushi Ishizaki, who drew them from life in September 1817. Left to right: Jan Cock Blomhoff, Petronella Muntz, Johannes Blomhoff, Titia Bergsma Blomhoff, and Maraty. 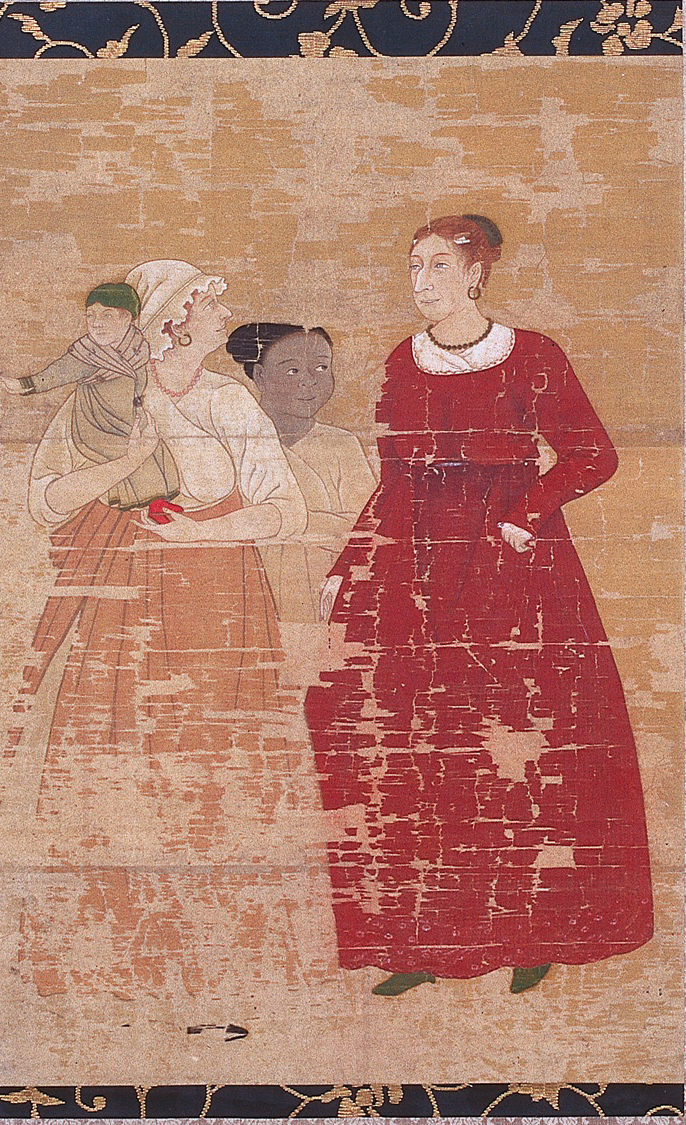 (Above) Another view of the Blomhoff women and child. Johannes is in the arms of Petronella; Titia is in the red dress; Maraty between them.

(Above) A contemporary view of Deshima Island, the trading post with the Dutch, about 1824 not long after Jan and Titia were there.

(Above) Deshima has been reconstructed in modern times and is now a tourist attraction. This is what it looks like.

3 thoughts on “Episode 27: The Belle of Nagasaki”