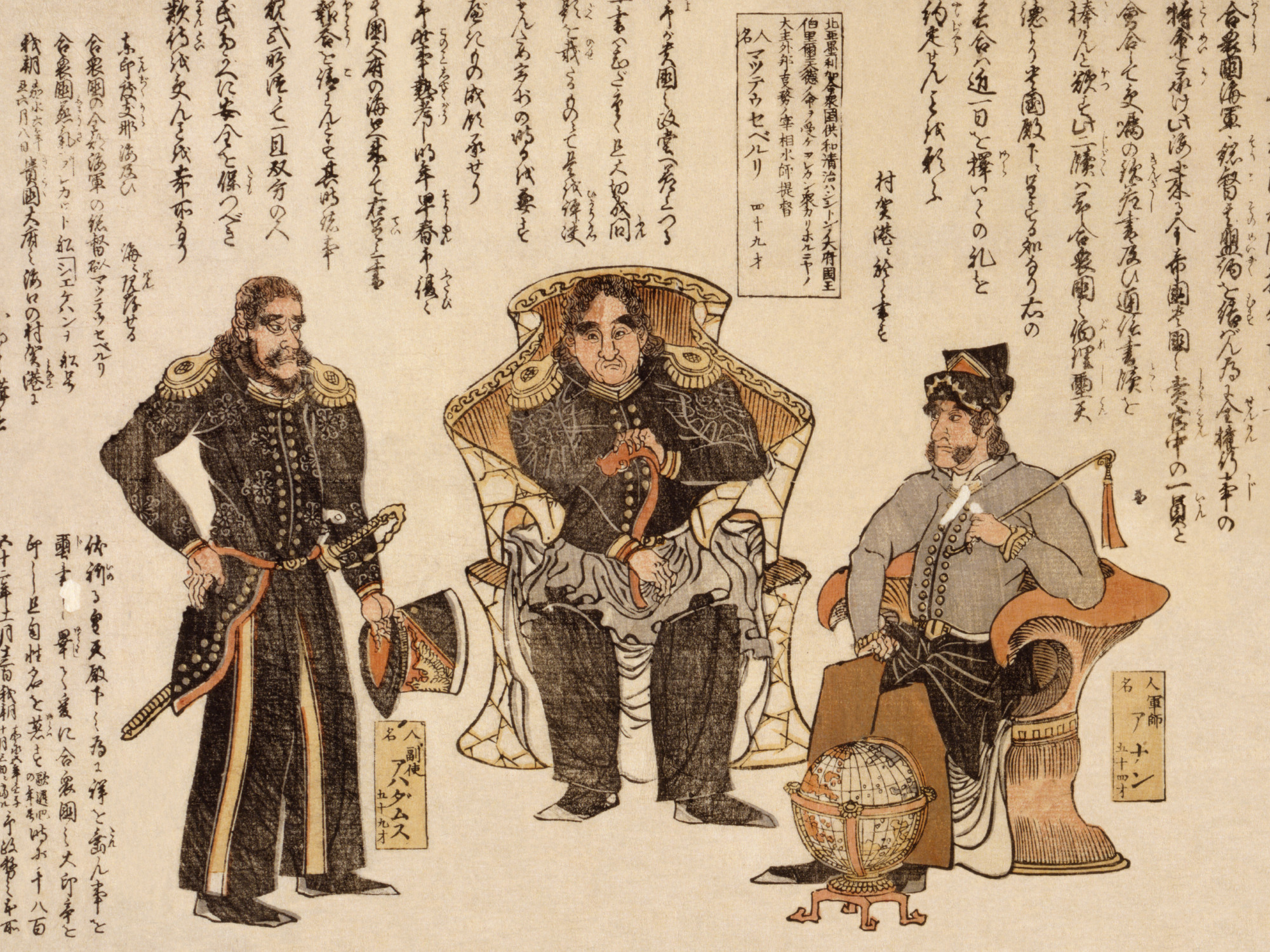 Japan and the United States face each other across the largest, most contested space in the world: the Pacific Ocean. From American attempts to cash in on the China trade in the 1780s, right after the Revolution, to complicated geopolitics and open warfare in the 1940s, these two countries have loomed large in each other’s history, consciousness and popular culture. But how did this volatile relationship develop? It’s a complicated story and covers a lot of ground, more than 200 years of history with many ups, downs, triumphs and tragedies.

In this episode, presented with a little more off-the-cuff style than Second Decade proper, Dr. Sean Munger expounds on topics like Matthew Perry’s 1853 attempt to pry open Japan’s padlocks with paddle-wheel steam warships, the tragedy of the U.S. government’s internment of Japanese-Americans during World War II, the postwar economic boom (and bust), and how cultural threads like anime, monster movies and TV miniseries forged an indelible but rapidly-changing bond between the United States and Japan. This episode moves fast and covers a lot of ground, but there’s never a dull moment, and you may find yourself hungry for sushi when it’s over!

Link to my World War II class (referenced in this episode).