Iceland was, in 1809, a very different place than we think of it today. It was still a picturesque, craggy island belching steam and lava from its many geysers and volcanic vents, but far from being a progressive society of generally wealthy people who speak an incomprehensible language and like to eat fermented shark meat, 200 years ago Iceland was one of the poorest and most inhospitable countries in Europe. At the beginning of the Second Decade, William Jackson Hooker, a young English botanist questing for adventure, made a voyage to Iceland to do the imperial gentleman-naturalist thing that passed for “science” at the time. As it turned out, his trip across Iceland brought him face-to-face with the weirdest customs and smelliest people on the island at that time, and ended in a blaze of glory, literally—with the ship that was supposed to take him home burning to the waterline. Now that’s a party!

In this episode, based primarily on Hooker’s travelogue, you’ll gorge yourself at an utterly insane dinner party hosted by Iceland’s former governor; you’ll savor the taste of Icelandic butter, which is to say, 15 years old and rancid; you’ll guzzle gallons of claret, rum and sour whey (which doubles as a liniment for lame horses); you’ll catch salmon with your bare hands; and you’ll rub shoulders with Iceland’s great unwashed, including particularly odorous women. And all this in a picturesque landscape of volcanic peaks, sharp lava rocks and natural springs hot enough to boil eggs. Welcome to the alien world that lurks between the pages of Hooker’s unique and interesting book. 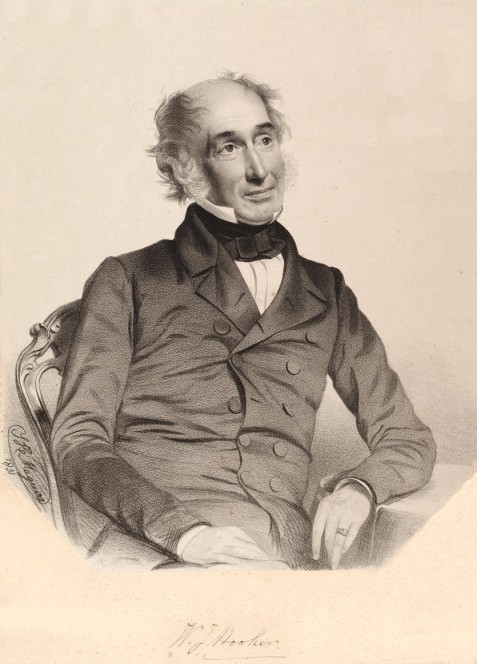 William Jackson Hooker, as he appeared about 1851, forty-two years after his trip to Iceland.

The beauty of written sources from the Second Decade era is that they are out of copyright and often freely available on the web. Here is a link to the complete book, Journal of a Tour in Iceland in the Summer of 1809 from Archive.org.