Having declared war at a time it was woefully unprepared to face the world’s most powerful country on the battlefield, the United States spent the first phase of the War of 1812—at least on land—lurching from disaster to disaster, with most efforts aimed at the theoretically achievable goal of conquering Canada. Unable at first even to feed or supply its troops competently, and with serious doubts about the objects of the war still lingering in the public mind and the halls of Congress, the administration of James Madison muddled through as best it could, buoyed slightly by a string of surprising naval victories. But in 1813, with a politically and physically weakened Madison reeling from an unexpectedly difficult re-election and a serious illness that almost killed him, two developments, one on the Native American frontier and the other in Europe, forever ended the chances of the U.S. taking Canada and would soon open a new and darker phase of the conflict.

Historian Sean Munger presents the mysterious War of 1812 from both a bird’s-eye and a ground-level view, trying to break through the imagery and mythology that’s grown up around the war to appreciate what it really meant at the time. In this episode you’ll meet a blundering general (William Hull) and an unexpectedly brilliant naval officer (Oliver Hazard Perry), you’ll learn why it was dangerous to drink a glass of water at the White House, and you’ll learn what a “Red Stick” is. Several colorful characters, from the cleverly duplicitous British General Isaac Brock to the gun-toting, Indian-hating, profusely bleeding Andrew Jackson, drift, blunder, sail or shoot our way into our story. This is the second of a three-part series on the war.

Note: in the episode I identify Oliver Hazard Perry as an admiral. He was actually a commodore.

(Above) General Isaac Brock, the British commander who tricked William Hull into surrendering Detroit and who was killed at the Battle of Queenston Heights. Brock is a fascinating personality. He’s revered as a hero in Canada and there is a large monument to him to this day at Queenston Heights, supposedly on the spot where he died. Brock was a physically very large man, supposedly 6’2″ with a waist measurement of 47 inches (!). 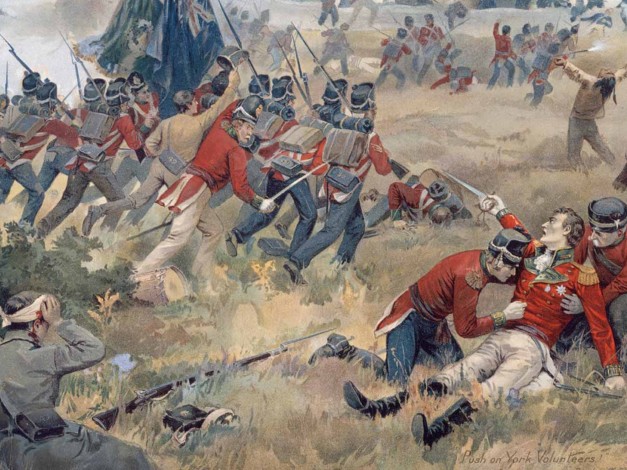 (Above) An 1896 depiction of the death of Brock at Queenston Heights (detail). 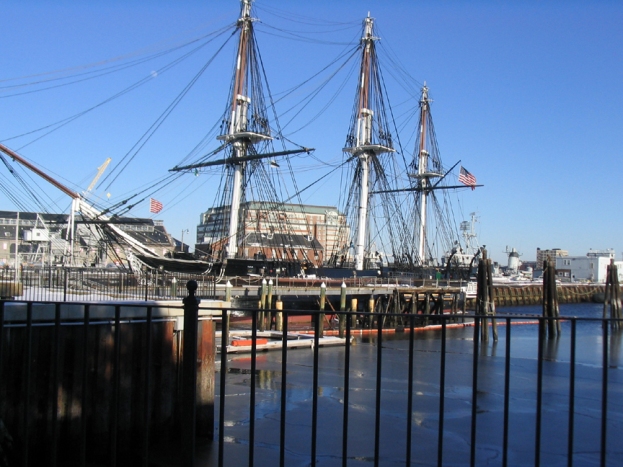 (Above) A photo of the USS Constitution in Boston Harbor, 2005. It was 12 degrees F when I took this picture (and took the tour of the ship). My understanding is that it is refitting right now and will be back on display next year, 2018.

All images are believed in to be in the public domain, except the Constitution, copyright (C) 2005 by Sean Munger.