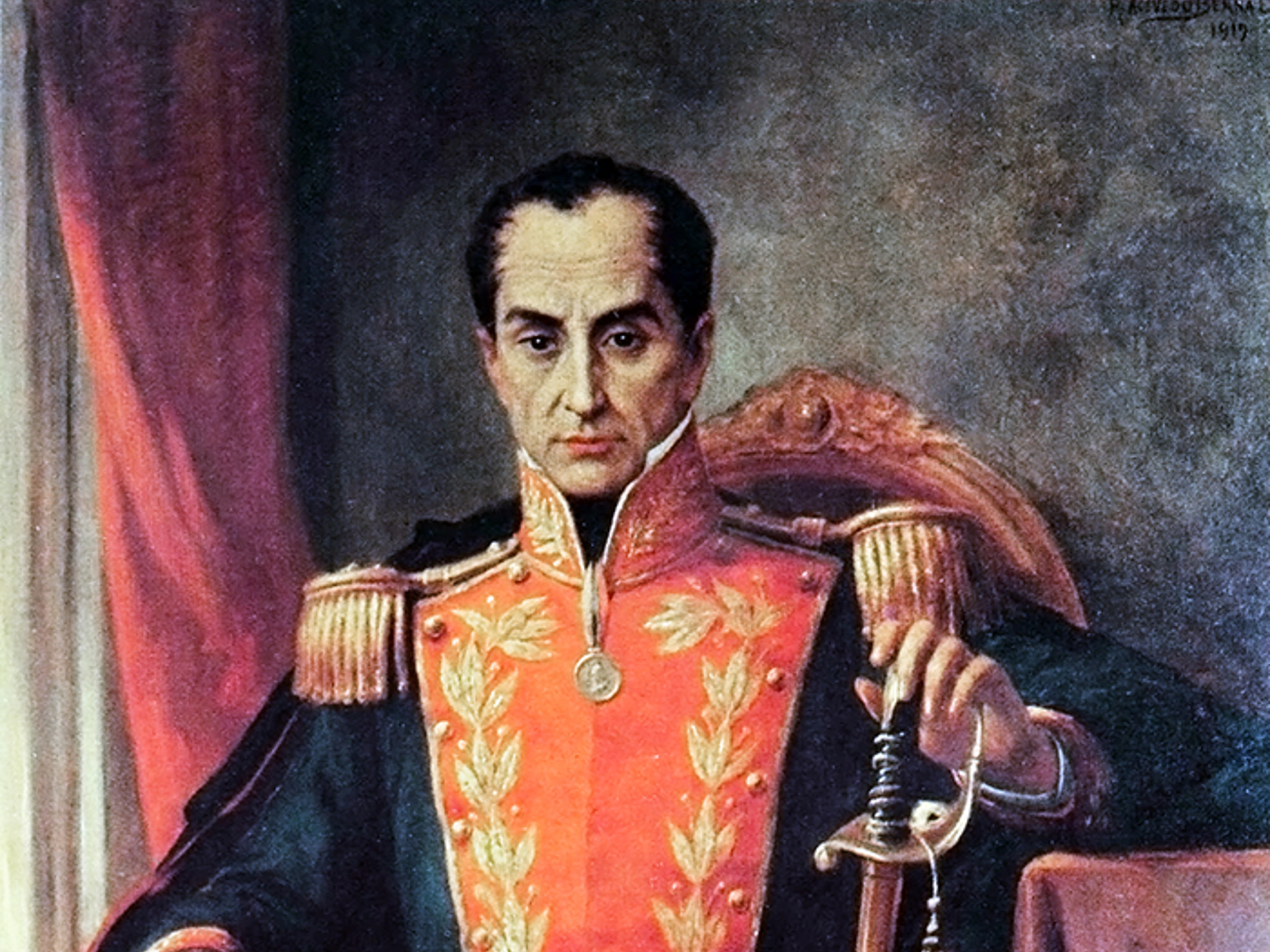 Simón Bolívar is one of the giants of Latin American history, with statutes, portraits and monuments to him everywhere from Panama to Tierra del Fuego, and even an entire country—Bolivia—bears his name. But how much do you really know about him? Where did he come from, what was Spanish America like at the time he arose, and how did he begin his incredible journey to liberate three-quarters of a hemisphere from one of the world’s oldest colonial powers? Although Bolívar clearly was the right man at the right time, the Spanish empire in the Americas was moribund and brittle by the beginning of the 19th century, with political, economic, social and racial tensions running deep. Into this complicated world came Bolívar, a man of wealth and privilege who claimed to speak for the forgotten man. He was also a passionate man, scarred forever by the premature death of his wife, and prone to flamboyant excess in both his personal and professional life.

In this episode, the first of a three-part series on Bolívar’s life and career, Dr. Sean Munger finally delves into one of the most important stories of the decade of the 1810s. You’ll learn about the history of the Bolívar family and how they made their money in New Spain; you’ll meet arrogant revolutionaries in exile, a passionate woman who made Bolívar a man at age 15, indecisive Venezuelan autocrats, and vengeful Spanish military captains intent on punishing treason against their king. This episode begins a colorful pageant of history that will ultimately take us the length and breadth of Latin America as Bolívar, sometimes right, sometimes wrong but always sure of himself, takes on an entire empire and rises to the height of power.

[Above] Bolívar’s father, Juan Vincente Bolívar y Ponte, who died in 1786. This portrait, painted during his life, shows the wealth and privilege of the Bolívar family.

[Above] The house in Caracas where Simón Bolívar was born is now a national monument in Venezuela. It changed over the years, but reconstruction to its 1780s appearance began in 1916.

[Above] A rare portrait of Simón Bolívar in his youth, circa 1804. That was the year he became embittered about Napoleon’s imperial ambitions. Though interesting, this portrait does not really jive with other pictures of young Bolívar; it may be fanciful or embellished.

[Above] Francisco de Miranda (1750-1816). Although correctly regarded as the spiritual father of Venezuela’s independence, his leadership of the new nation in 1811-12 was disastrous. He died in a Spanish prison a bit more than three years after his arrest by Bolívar.

[Above] The Venezuelan Congress declares independence, July 5, 1811. Although Miranda is in this picture, Bolívar apparently is not; the artist included a legend of who was who (click for a larger size to see it), and he is not listed.

These images are believed to be in the public domain, except the picture of the Bolívar house, which is by Ricardo Juliao and is used under Creative Commons 3.0 license.