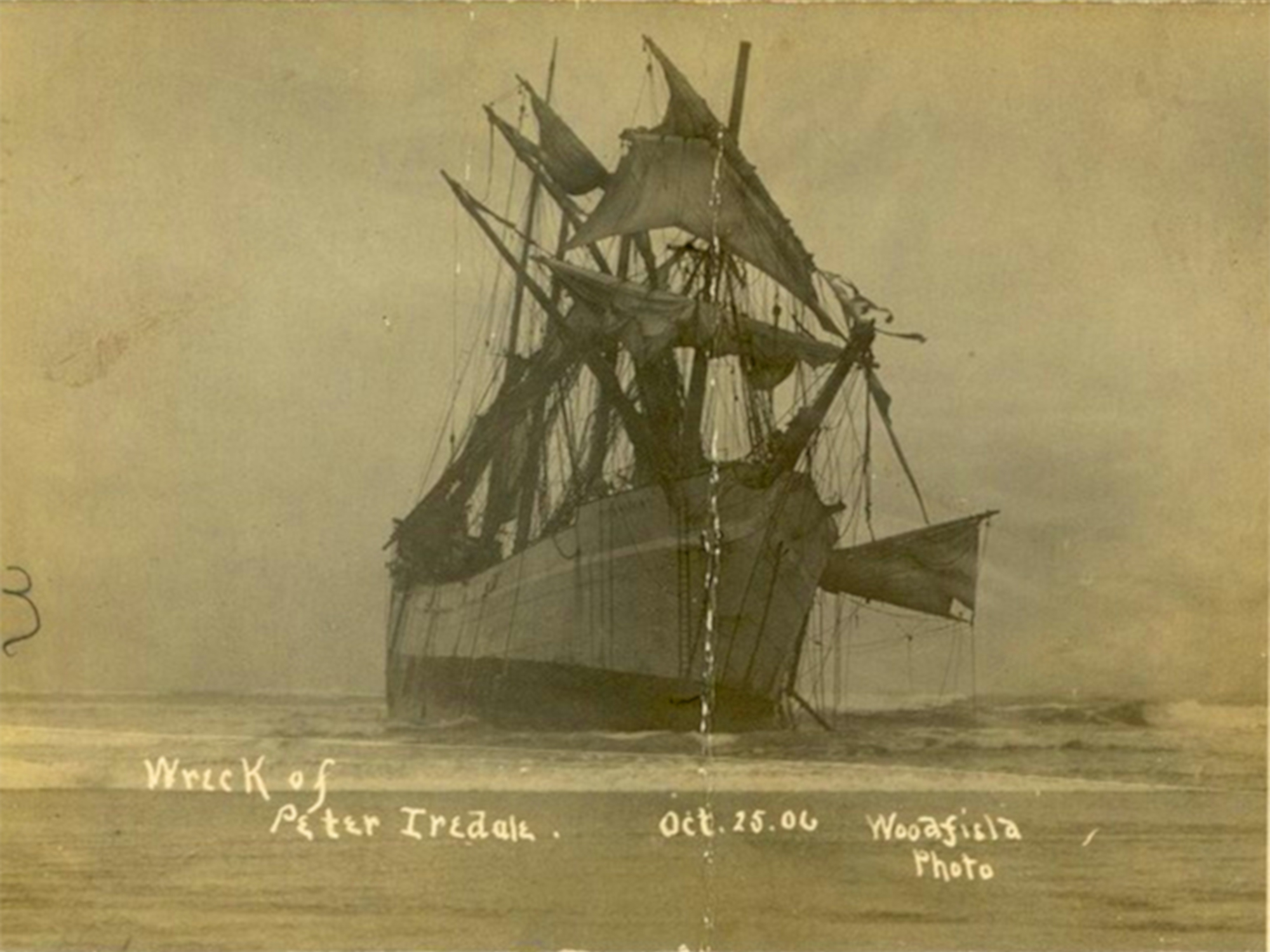 Astoria, Oregon was founded in 1811 as an outpost for fur trapping and trading on the Northwest coast, and was intended to be a crucial part of a global empire of commerce envisioned by German-born New York City millionaire John Jacob Astor. It didn’t quite work out that way, but the long history of Astoria has involved a number of fascinating people, encounters and accidents that have shaped this small Oregon city throughout the two centuries of its existence. There’s no way the entire history of Astoria can be crammed into a single podcast episode, but a few colorful anecdotes from its past will give you a sense of what this place is like and how it came to be what it is.

In this Off Topic episode, recorded partially on location in Astoria and neighboring areas, Dr. Munger will give a brief history of the town as a whole, focusing on its establishment in the Second Decade, and then you’ll journey through three stories of Astoria’s past. You’ll learn about the famous winter camp of Lewis and Clark, and why it was a particularly itchy place; you’ll travel with a famous Astorian named Ranald MacDonald, who deliberately marooned himself in Japan in 1848; and you’ll learn the history of the Oregon coast’s most famous shipwreck, which has been sitting there on the beach just south of the town since 1906. This is just a peek at the long tapestry of Astoria’s history.

[Above] John Jacob Astor, for whom Astoria is named, pictured about 1793. The painting is by Gilbert Stuart.

[Above] Fort Astoria as it appeared in 1813, the year it was surrendered to the British and was renamed Fort George. The Americans deemed it too difficult to defend against a potential British attack given the hostilities of the War of 1812.

[Above] The town of Astoria as it looked in 1881, two years before it burned to the ground in the first of two catastrophic fires. The other was in 1922. 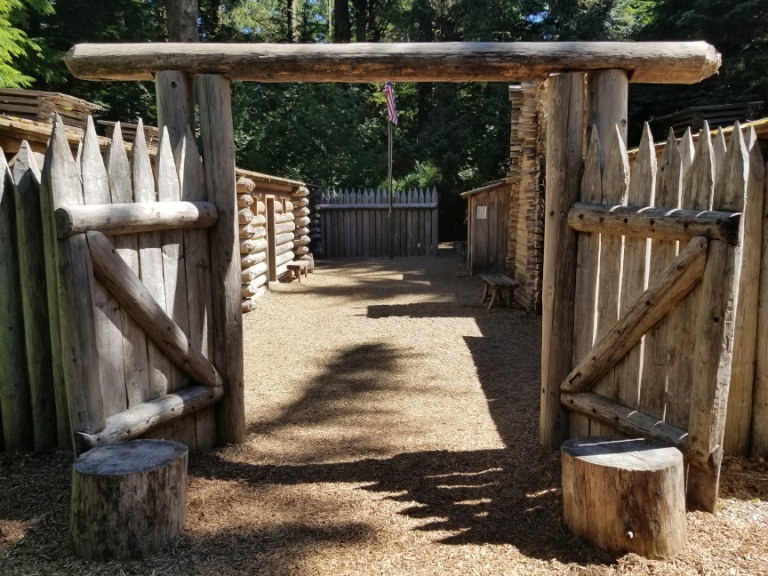 [Above] Entrance to the modern reconstruction of Fort Clatsop, where Lewis and Clark spent the winter of 1805-1806.

[Above] Reconstructed Fort Clatsop. This would have been a lonely and terrible place to spend an Oregon winter—and in real life it wasn’t this luxurious.

[Above] Sean on the site of Fort Astoria (Fort George), where Ranald MacDonald was born in 1824. The green line marks the location of the original wooden palisade.

[Above] Marker honoring Ranald MacDonald at his birth site, Fort Astoria. The flip side of the monument shows the same inscription in Japanese. 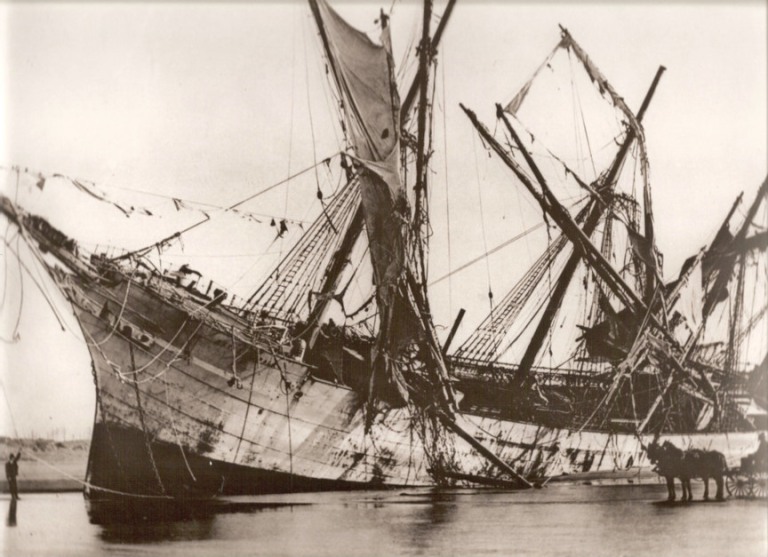 [Above] The wreck of the Peter Iredale on the beach south of Astoria, shortly after the accident in October 1906.

[Above] The wreck as it appears today.

All historic images (Astor, Astoria 1881, two pre-1910 views of Peter Iredale) are believed to be in the public domain. All other images are copyright © 2018 by Sean Munger, all rights reserved.